In this article, we will walk through a baseline model for the Jigsaw Rate Severity of Toxic Comments Competition on Kaggle. The goal of the competition is to rank relative ratings of toxicity between comments.

Below is what you will learn in this blog -

and a lot more! 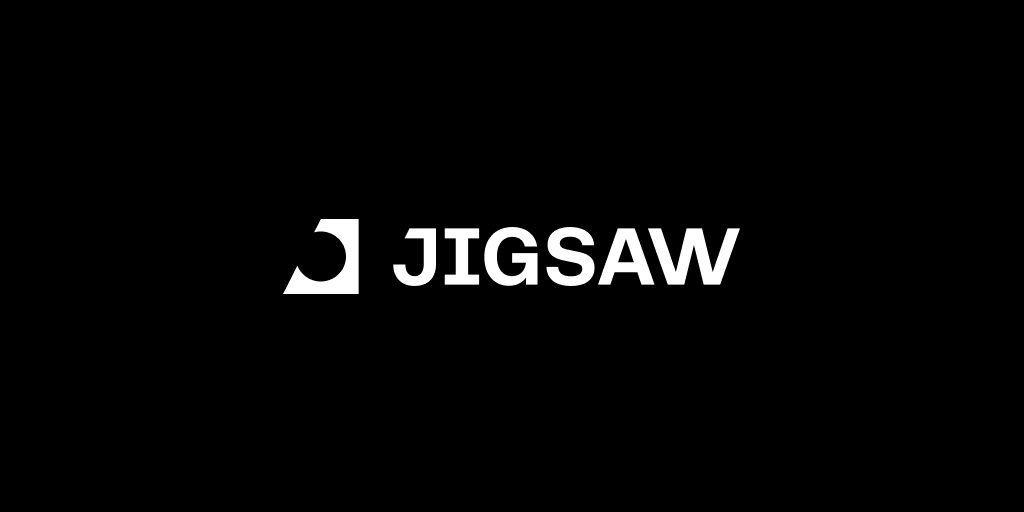 I have tried to explain most of the technical topics within the blog itself. Further, I have linked additional resources for better understanding.

The code has been written with the expectation that it will be run in a Jupyter Notebook. But I have divided it into sections in such a way that it can easily be used in the form of scripts as well. You need to create separate files for the code cells and make necessary imports.

The goal of the competition is to ask you to score a set of about fourteen thousand comments. Pairs of comments were presented to expert raters, who marked one of two comments more harmful — each according to their notion of toxicity. In this contest, when you provide scores for comments, they will be compared with several hundred thousand rankings. Your average agreement with the raters will determine your score. In this way, it is a hope to focus on ranking the severity of comment toxicity from innocuous to outrageous, where the middle matters as much as the extremes.

Submissions are evaluated on Average Agreement with Annotators. For the ground truth, annotators were shown two comments and asked to identify which of the two was more toxic. Pairs of comments can be, and often are, rated by more than one annotator, and may have been ordered differently by different annotators.

For each of the approximately 200,000 pair ratings in the ground truth test data, we use your predicted toxicity score to rank the comment pair. The pair receives a 1 if this ranking matches the annotator ranking, or 0 if it does not match.

The final score is the average across all the pair evaluations.

We begin by importing the necessary libraries required to run the code. The code has been written in PyTorch Lightning as it makes it easier to switch between GPUs and TPUs.

The code will work with CPU, GPU as well as TPU. Necessary instructions have been provided to help you run the code in the preferred hardware accelerator.

To run the model on TPU, uncomment and run the below code.

It is always a better idea to have a separate configuration file for your project. In this case, we declare a dictionary named CONFIG, which includes all the required configs.

I usually prefer to code in Python scripts. In that case, the below block of code would be saved in a separate file named config.py which can then be imported into other scripts. You could also save your configuration in a yaml file.

Since we are using Pytorch Lightning here, one interesting method that you can try out is called Hydra Configuration. You can read more about it here. 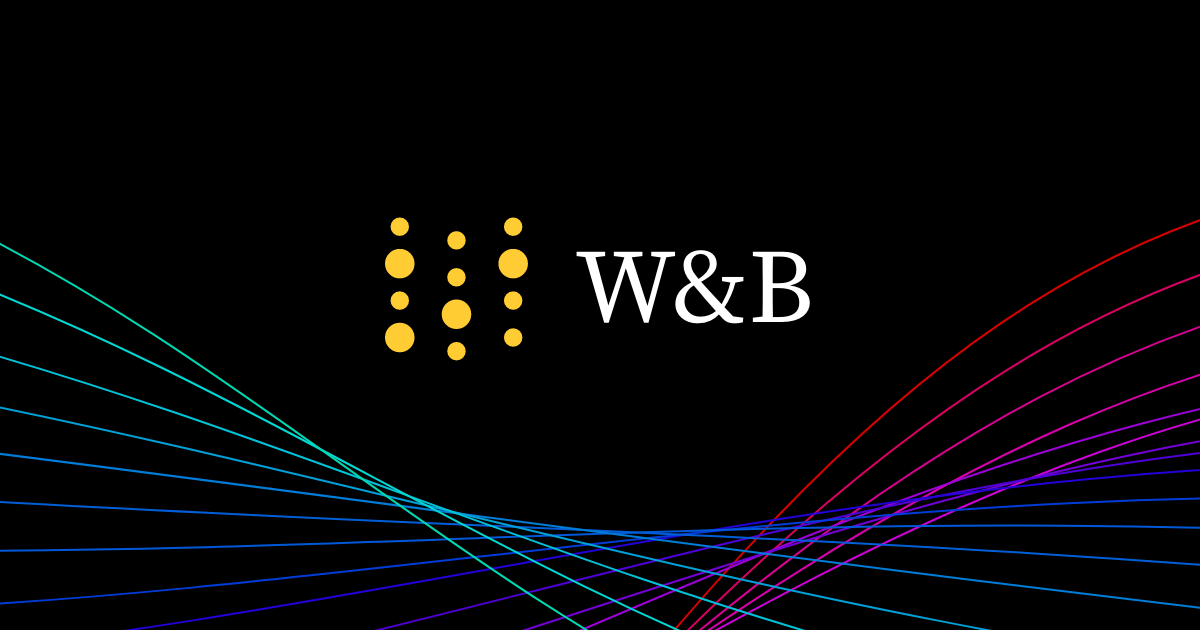 You can use W&B's lightweight, interoperable tools to

Set up W&B in 5 minutes, then quickly iterate on your machine learning pipeline with the confidence that your datasets and models are tracked and versioned in a reliable system of record.

In this project, I will use Weights and Biases amazing features to perform wonderful visualizations and logging seamlessly.

Here, We define a basic utility function - fetch_scheduler and a wandb_logger.

fetch_scheduler helps us select a scheduler based on what we have specified in the CONFIG above.

It sets the learning rate of each parameter group using a cosine annealing schedule, where ηmax is set to the initial lr and Tcur is the number of epochs since the last restart in SGDR

This has been proposed in SGDR: Stochastic Gradient Descent with Warm Restarts. Note that this only implements the cosine annealing part of SGDR, and not the restarts.

It has been proposed in SGDR: Stochastic Gradient Descent with Warm Restarts.

wandb_logger is created to log specified data (in this case, the losses) to Weights and Biases.

The dataset used has two important columns namely less_toxic and more_toxic and as the name suggests one contains a less toxic comment and another contains the more toxic comment. It has another column namely worker which is the id of the annotator.

Now that we have our configuration and utilities prepared, we can move towards preparing the dataset class. While working in PyTorch/PyTorch Lightning you need to define a dataset class that extends the Dataset module imported earlier.

The dataset module has three functions -

Now you might have a question that why and how did we set the target = 1 in the below block of code! Wait a bit and you will have your answer.

Pytorch Lightning provides an additional datamodule which is a shareable, reusable class that encapsulates all the steps needed to process data.

A data module encapsulates the five steps involved in data processing in PyTorch:

Now you may have another question. Is it necessary to use the DataModule?

The answer is No. You can write all the code separately as well, but the DataModule helps to encapsulate all of it in one place making your code more readable and sharable.

And finally, we have reached the most interesting part, Modeling!

But before we move into the world of Transformers let's first define the Loss Function that we will be using.

Since no Target variable is present in the dataset (remember we explicitly specified Target = 1 in the dataset class), we use the Margin Ranking Loss

It creates a criterion that measures the loss given inputs x1, x2, two 1D mini-batch Tensors, and a label 1D mini-batch tensor y (containing 1 or -1).

If y = 1, then it assumed the first input should be ranked higher (should have a larger value) than the second input, and vice-versa for y = -1.

For the same reason, we set Target = 1 earlier.

The loss function for each pair of samples in the mini-batch is:

Refer to docs to understand all the parameters.

RoBERTa is an extension of BERT with changes to the pretraining procedure. The modifications include:

It was proposed in 2019 by Yinhan Liu Et. al. in RoBERTa: A Robustly Optimized BERT Pretraining Approach

The above model definition is simple. If you are already familiar with PyTorch, what happens above is instead of writing loops separately, you put the code in separate functions and Lightning takes care of the rest.

We use a method known as Mixed Precision to optimize our model.

There are numerous benefits to using numerical formats with lower precision than 32-bit floating-point:

Mixed precision training offers significant computational speedup by performing operations in the half-precision format while storing minimal information in single-precision to retain as much information as possible in critical parts of the network.

Since the introduction of Tensor Cores in the Volta and Turing architectures, significant training speedups are experienced by switching to mixed-precision -- up to 3x overall speedup on the most arithmetically intense model architectures.

The ability to train deep learning networks with lower precision was introduced in the Pascal architecture and first supported in CUDA® 8 in the NVIDIA Deep Learning SDK.

Mixed precision is the combined use of different numerical precisions in a computational method.

Deep Neural Networks (DNNs) have led to breakthroughs in several areas, including image processing and understanding, language modeling, language translation, speech processing, game playing, and many others. DNN complexity has been increasing to achieve these results, which in turn has increased the computational resources required to train these networks.

One way to lower the required resources is to use lower-precision arithmetic, which has the following benefits.

Shorten the training or inference time: Execution time can be sensitive to memory or arithmetic bandwidth. Half-precision halves the number of bytes accessed, thus reducing the time spent in memory-limited layers. NVIDIA GPUs offer up to 8x more half-precision arithmetic throughput when compared to single-precision, thus speeding up math-limited layers.

With the data, model and hardware prepared we are now ready to train the model. We use 5 Fold Training as a Cross-Validation Strategy here.

The code is also compatible with a multi-GPU training setup. If you have more than one GPU in one machine set the accelerator = dp

You can view the Weights and Biases Run Page here.

Thus, you have successfully created a Deep Learning Model to Rank relative ratings of toxicity between comments. Here I had used roberta-base but you could experiment with larger models like roberta-large.

How can you improve your model further?

You can try out different techniques such as:

The Code present in the article is available in this notebook on Kaggle. Give it a try and try to make suggested changes!

Reach Out to Me​

If you have any doubts about the blog or would like to have a talk you can reach out to me on LinkedIn or Twitter, I would be happy to help!